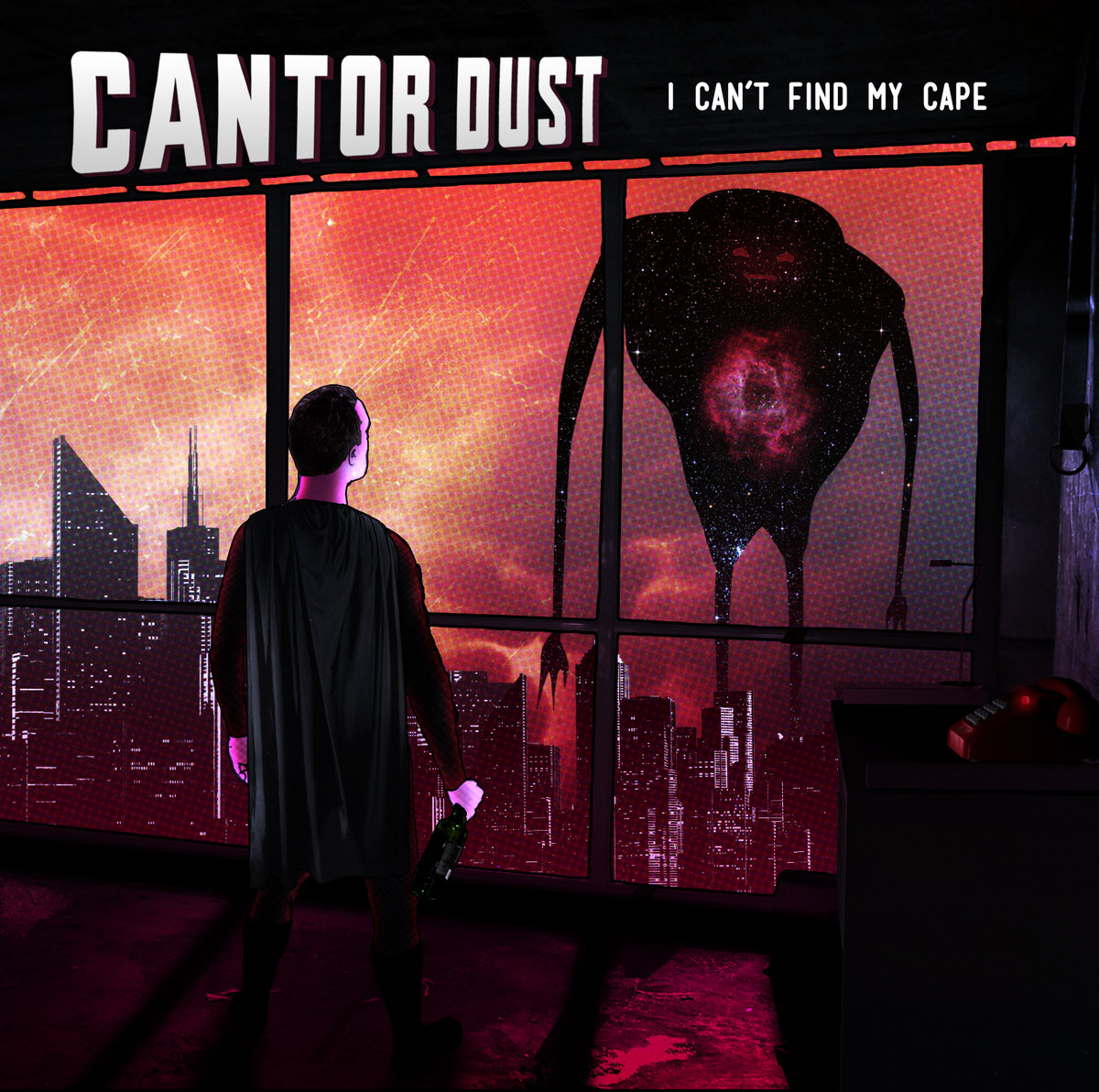 Seemingly from nowhere, a necrotic plague of blackness spread across our globe.  Unprecedented panic and fear were unleashed upon every body.

In society’s greatest crisis, the people look to the gods that can save them, the heroes who have delivered them from peril in the past, and find only this:

Heroism lay crumbled at the feet of the inept, the drunk, the forgetful, the afraid. The powers that be decreed that the people have overstayed their reception of such divine deeds.

And so we all fade.

“Society’s minders have grown complacent in the decades since the world’s last great challenge. Now, before their greatest challenge, the police, the firefighters, the army and the national guard can do nothing to stop the encroaching darkness. Where are the superheroes who saved the day so many times before? They’ve gone to fat in the pasture, crippled by their own anxieties, addictions, and lack of faith.

This is the world that Winnipeg’s Cantor Dust create in their latest epic, I Can’t Find My Cape. Soaring synths, choral ensembles, and a full accompaniment on percussion, brass, and strings bring this cinematic pop production to life over the course of nearly an hour. It’s a strange trip, let me tell you, buddy. But it’s one you won’t soon regret taking, and may even find yourself returning to again and again.“